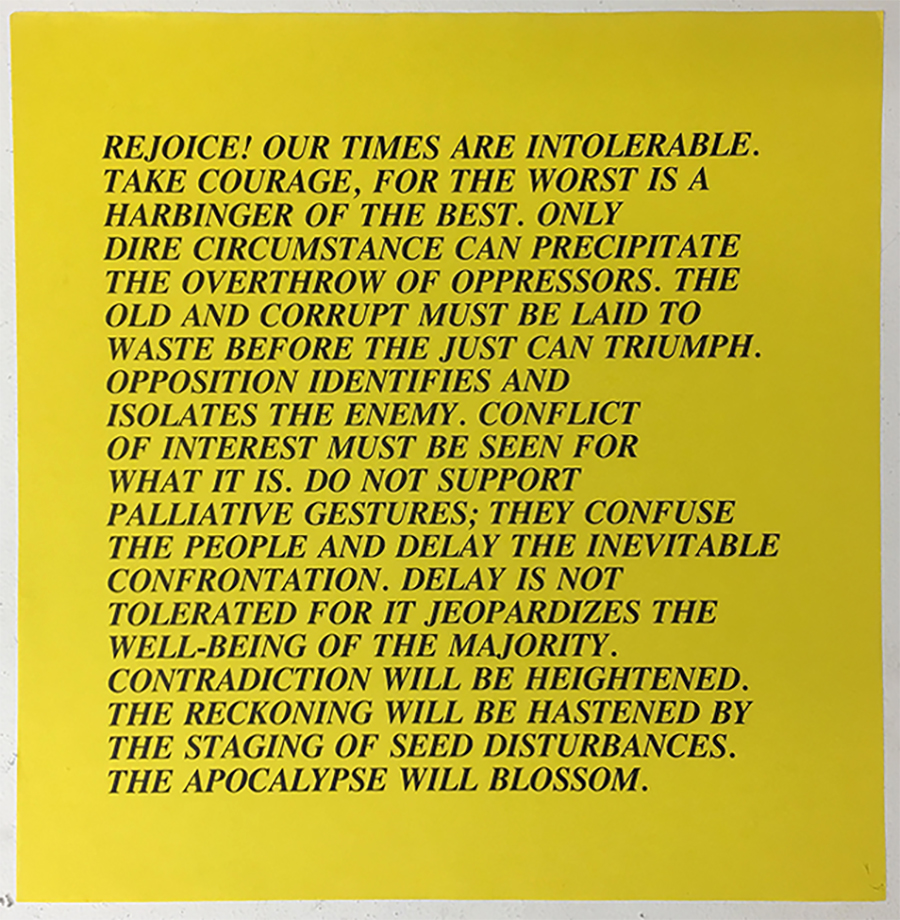 REJOICE! OUR TIMES ARE INTOLERABLE: Jenny Holzer’s Street Posters, 1977-82 opens on Friday, January 13, 2017 and runs through February 12, 2017. This exhibition focuses narrowly on Jenny Holzer’s early work: the language-based posters wheat-pasted onto the streets of New York, beginning in 1977. Drawn from the artist’s first two series, Truisms (1977-79) and Inflammatory Essays (1977-82), all works at Alden Projects™ comprise headline-grabbing, one-liners of clashing axioms and juxtapositions of contradictory, inflammatory statements printed on different-colored papers.
Holzer’s typographic texts are set in italicized, mostly all-capped typefaces resembling newspaper headlines, shouting the content of the artist’s writing, consisting of texts drawn from from far-flung sources, including Emma Goldman, Lenin, Hitler and Valerie Solanis, but which are strategically distilled into an anonymous, non-unitary voice. Prophetic harbingers of our own present–dire and urgent–they inflame, they shriek, but they also they prompt in the viewer a sense of urgency, inviting us to make sense of the menacing contradictions drawn from clashing, manifesto-like statements: they are also an invitation—however uncertain–to action.
More at Alden.